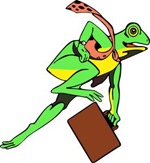 Beyond the occasional game of Spider Solitaire I don’t really play video games. By the time Pong came out I was discovering girls. I found them to be far more entertaining than any video game. Also, any money I wanted to waste on games had to be earned by me. I had a paper route back then and there was no way I was tossing quarter after quarter into a cheesy looking tennis game. Not when I could waste my money on taking those sweet smelling companions of the female variety to movies and then to Gene and Judes or Cock Robin for food I could afford.

Although, in fairness, there used to be a robot bowling game at the old Riviera Lanes in Melrose Park that had my attention for a while. Then a young brunette showed up to be the shoe girl and I forgot all about it.

As the years went by I did play some video games. Being on the road with bands and having nothing to do for hours on end will inspire you try them. I kind of liked Galaga and a couple of others. They were a fun way to kill some time and keep me out of trouble.

Yet, somehow, I missed that electrifying moment where my life became defined by a video game. At no point have I ever sat near an airport and, ala Galaga, tried to shoot down every plane. Nor have I ever been inspired by Grand Theft Auto to, you know, actually commit grand theft.

I guess that’s why I was surprised to pop open the Associated Press news page today and see that a guy got himself all runned over while trying to play Frogger.

A man has been hospitalized after police in South Carolina say he was hit by an SUV while playing a real-life version of the video game “Frogger.”

Authorities said the 23-year-old man was taken to a hospital in Anderson after he was struck at around 9 p.m. Monday.

In the “Frogger” arcade game, players move frogs through traffic on a busy road and through a hazard-filled river. Before he was hit, police say the man had been discussing the game with his friends.

No charges are expected against the driver. The name of the man who was struck has not been released. He was in stable condition Monday night.

“Hey ya’ll, watch this!” are the 4 most common last words ever recorded.

Okay, one can only hope that this young gentlemen is neutered as quickly as possible to prevent him from siring something really stupid.

On the other hand, can you imagine this guy trying to pick up a girl?

“Ah, thanks Sugar. You’re kinda kewt yourself. Whatcha do for fun?”

“I play Frogger on the freeway.”

On second thought, maybe nature will take care of itself.