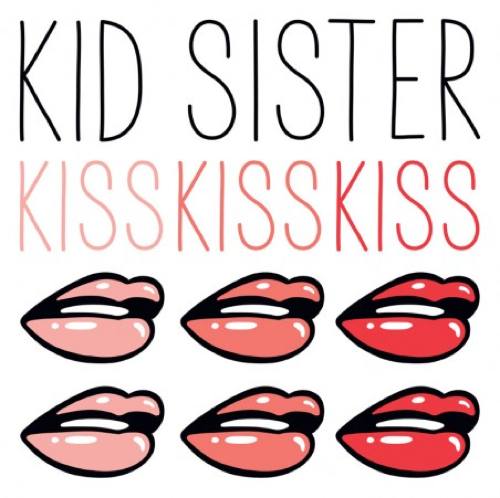 Chicago’s own Kid Sister is back in action, and ready to drop her next mixtape in a few weeks.

Thanks to Chicago local music blog Chicago Verse United (CVU), here’s her new song “Kiss Kiss Kiss”, which is also the title-track of the mix arriving on 11th January.

Kid Sister (who is actually the elder sister of Josh Young aka “J2K” of Chicago dj duo Flosstradamus) made her mark MC’ing at Flosstradamus dance parties around town, providing on-the-spot freestyling.  Then when Kanye West took notice of her and wanted to collaborate on her single “Pro Nails”, things were off and running.

This new track further illustrates her ability to bind various styles together, where it’s not exactly rap or hip-hop, not exactly house…but impossible to sit still to, that’s for sure.

The mixtape will be released by Fool’s Gold, founded by Chicago’s DJ A-Trak.  The label is beginning to set itself up as a real player in dance music, thanks in part to the craze spawned by the track “Barbara Streisand” from the Duck Sauce (of which A-Trak is one half).

Having recently completed her European fall tour and considering the upcoming release, I think we can expect Kid Sister to be announcing Chicago shows as well as a North American tour soon.