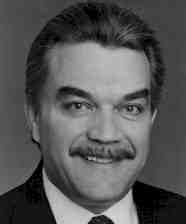 Bob Wallace was a reporter and news anchor at WBBM-TV Channel 2, for 22 years, back when Bill & Walter were on…Um, during their first run.

Bob’s reports from festivals and events across the Chicago area are what help pave the way for the style of coverage that you now see on shows like NUDE HIPPO.  He may not have been the creator of this format, but he sure can take credit for taking it to the next level.

Years after his run at CBS, he became the host for CHICAGO WORKS, a news magazine produced by the Mayor’s Press Office for the City of Chicago.

This CLASSIC NUDE HIPPO with Bob Wallace, goes back to early 2003, with Tony Lossano & Bridget Houlihan!

Bob’s coverage included some of the best storytelling on Chicago television!