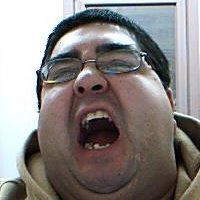 I thought this was the perfect time to give you what’s inside my mind.

1. Really Ryne Sandberg. You complained that you were ready to coach in the big leagues and didn’t want to stay a Triple-A manager. Where are you now? Oh yeah, that’s right you’re a Triple-A manager. You were better off waiting for Mike Quade to fail, then go to a club who’s manager has been to 2 World Series. My guess, you’ll stay a minor league manager. Enjoy.

2. I can’t believe that it never dawned on anyone, that the endzone at Wrigley was a little tight and thus unsafe for the players. My first clue would of been when you nailed the goal post to the brick wall. You have now taken this game and changed the dynamic and the experience for these kids. Of course, we all know this decision was motivated by money. I have an idea, next year why not try a real stadium to play football in. Hmmm if only such a place existed here in Chicago.

3. Did you really need to bring together The New Kids on the Block and the Backstreet Boys. I mean come on, enough is enough. Why would you want to see some forty year old men telling you they’ll love you forever or show you the shape of their heart. I know, because at one time they were sexy and cute. Now there just old, creepy, and balding. Yes, I’m a hater.

Until next time, I’m Nick Rosario and you are the reason I don’t procreate.