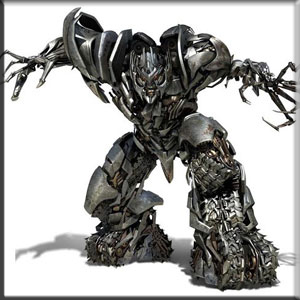 Frank Herbert envisioned a future wherein mankind was overthrown by the machines he’d created and was only able to regain his freedom after all humans on Earth had been killed and the galactic remnants engaged in, what he called, The Butlerian Jihad. James Cameron envisioned a future where time travelling robot assassins came to the present to destroy any hopes for mankind’s salvation.

All the way back to Karel Čapek’s dystopian vision of the future, R.U.R. (Rossum’s Universal Robots), which was released in 1921, humans have cast a wary eye in the direction of mechanical beings. One might successfully argue that the even more ancient Jewish myths of the Golem and the fiction of Mary Shelly’s Frankenstein serve as historical reminders of what can happen when man attempts to play God.

And yet man marches merrily forward in continued attempts to do just that. From I.B.M.’s Deep Blue computer (which beat a Grand Master in chess) forward, man continues to tread in the Fields of the Lord. And they are not the Elysian Fields of yore.

Contrariwise, robots are now treading in the domain of man and besting him at his own, time honored, games. Never has the clarion call of impending doom been sounded more clearly than when David Moye of AOL News announced that robots now routinely best people at air hockey.

A Japanese scientist has made the next big innovation in robot air hockey by putting the paddle to the metal.

Kunikatsu Takase, a professor at the Japanese University of Electronic Communication, has just created a robot that can play air hockey against humans and win its games 70 percent of the time.

According to Dailymotion, the key is an artificial eye that is mounted in the ceiling and analyzes the direction of the puck as it moves across the field of vision.

“Speed is important,” Takase said. “The robot cannot be too strong. The difficultly of development was in making the robot so it can amuse people.”

Robot air hockey players have been around since 2006, but previous models were more vertical, presumably so humans could have more of a connection with them.

No word on when Takase’s air hockey robot will show up at your local Dave & Buster’s, but if he builds on the advancements made in this field by others such as the Swinburne University of Technology in Melbourne, Australia, the robot will either play humans on its own or be controlled by others via a handheld device such as an Xbox 360 controller.

Building a robot that can play air hockey may seem like child’s play to some, but not to robotics experts such as Carnegie Mellon professor Manuela Veloso, president-elect of the Association for the Advancement of Artificial Intelligence and also leads the school’s robot soccer team.

“Games like air hockey and soccer are an excuse to study the problem of getting robots to act autonomously,” she told AOL News. “That requires three steps: perception — how the robot assesses the puck; decision-making — what the robot should do in a limited time; and actuate — sending the control to the motors.”

Ominously enough, those same three skills are what are required to fire a gun, fly a plane, drive a car or, eventually, take over the world.

Sure, there are those who will argue that all robots can be programmed with a version of Isaac Asimov’s Three Laws of Robotics, but even Asimov had his doubts about how well that would work. His I-Robot series showed what could happen when mankind attempted to work around them. And, like any child with a new toy and a prohibition against playing with it in certain ways, we all know that mankind will do exactly that.

In the meantime, if you wish to be useful to our Robot Overlords, you can always learn to speak binary.