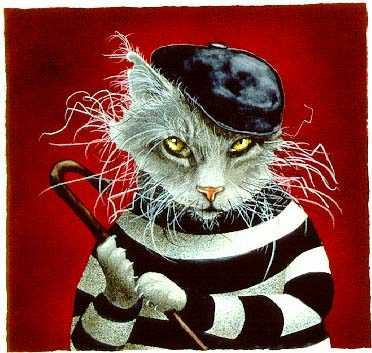 Since my home has been broken into 4 times this summer, I find myself enjoying little comeuppance vignettes when I can find them. And, while you read about the arrogance of the young gentleman today, I assure you it doesn’t compare to the amount displayed by the person who robbed me in July. He/she fed my cats on the way out.

Talk about making yourself at home.

According to Associated Press, future Mensa members robbed a home in North Carolina.

Two suspects face multiple charges after North Carolina police said they left a note thanking the homeowners for the $5,000 worth of electronics gear and food they stole. Fayetteville police spokesman Dan Grubb said Friday the pair left one note on a white paper napkin saying simply, “Thanks.” Grubb said a second message etched into a wall Wednesday morning said the same thing, and added: “We love the stuff we got.”

Both 19-year-olds are from Fayetteville. It was not known if either had an attorney.

The homeowners told The Fayetteville Observer the stolen loot included a box of corn dogs, frozen chicken and beer.

Unless they can find an attorney who works for corn dogs, I think they might have some problems.

In my case, they never caught the fine, upstanding, members of society who stole (all total) two computers and all their accessories, 2 cell phones, my wallet, credit cards, a carton of cigarettes and box of dried potatoes.

I guess I should feel grateful that they left the beer.