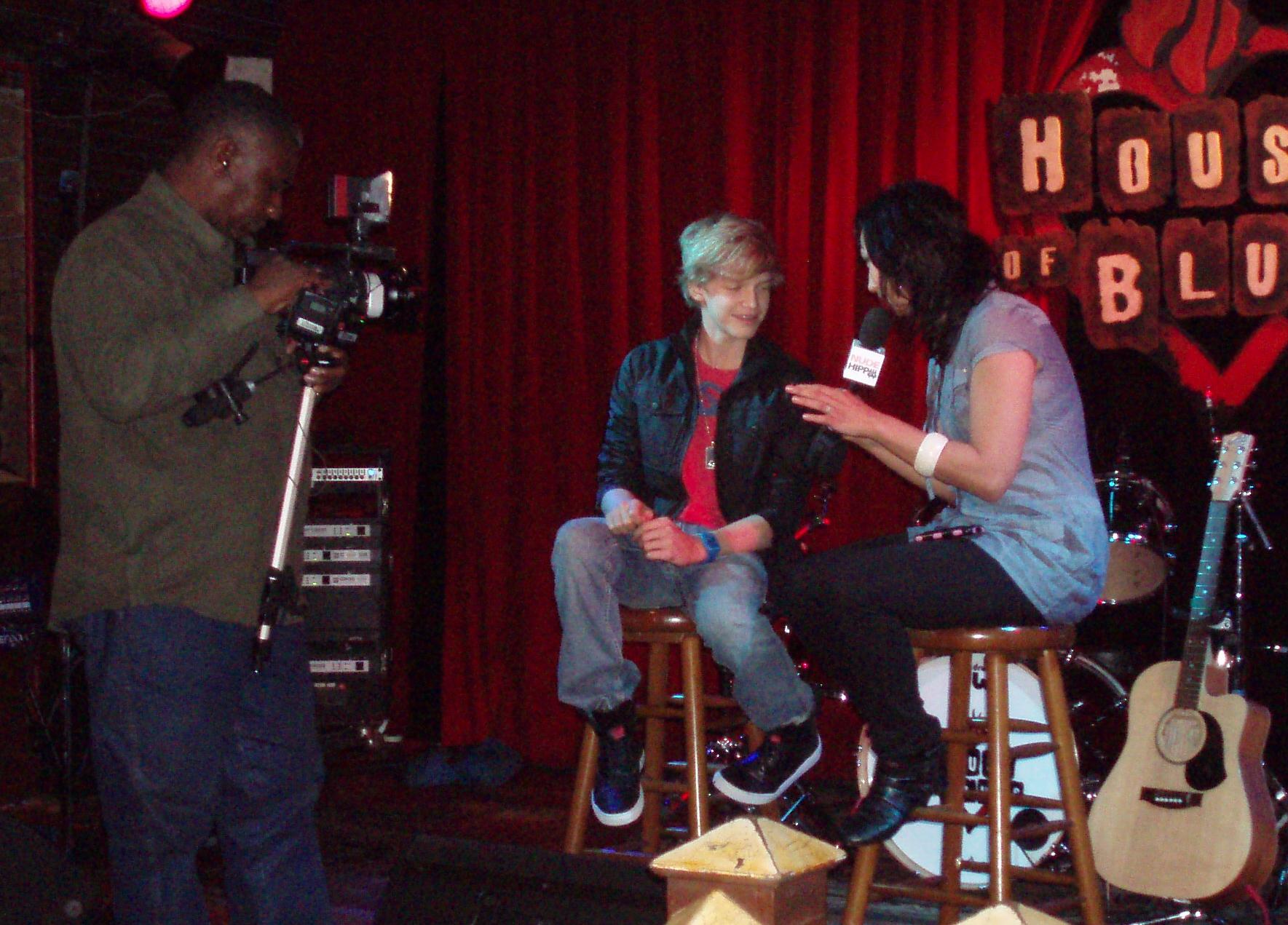 The YouTube sensation, Cody Simpson, sat down with me to chat about his singing career, girls & what’s coming up next!

The Australian born singer/songwriter hit it big after posting his videos on YouTube. Cody says that when a producer discovered him on YouTube & contacted him, his parents were skeptical. Turns out the guy was legit & soon Simpson was signed to Atlantic Records. The young star has over 300,000 followers on Twitter & takes full advantage of social media outlets to reach out to his fans.

The House of Blues was packed with hundreds of screaming girls for Simpson’s October 30th performance in Chicago. Some drove over 6 hours just to catch a glimpse. Simpson told me that he’s enjoying all the attention from the “girls,” and is still adjusting to his sudden rise to fame. Simpson says that he often gets compared to Justin Beiber, but that they’ve met and he says that Justin is “really cool.”

Cody might just be 13 years old, but he’s also a talented swimmer, winning two gold medals at the Queensland (Australia) Swimming Championships. He’s had to shelf his love for swimming while his singer career is full speed ahead.

Check out his hit song with fellow artist, Flo Rider: iYiYi.   You can also follow him on TWITTER or check out his OFFICIAL SITE.