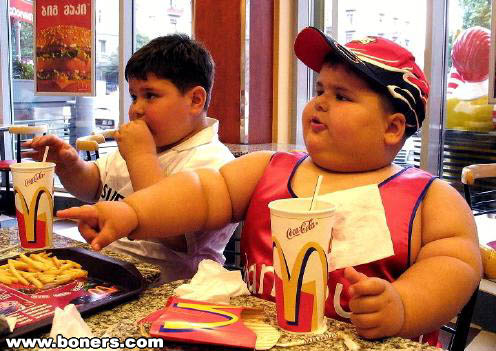 If you’re an adult, at one time or another you’ve had food go bad. It’s part of the natural order of things. That, and you were never really going to make that kiwi/asparagus lasagna anyway, you were just trying to impress the hot chick in aisle four at the supermarket one day.

Trust me, I’ve been there.

George Carlin once posited that blue food bestowed immortality. He reasoned that since there is no blue food it must have been withheld from mankind by the gods since it would give it too much power. Remember that blueberries are purple and the blue fuzzy pseudo-food in the back of the fridge will kill you. I don’t care if it once was bologna.

However, today we are talking about food that eschews all forms of mold, doesn’t wither and, 144 days after its purchase, looks like it just came off the grill. Yes, the McDonald’s Happy Meal (TM) is THE FOOD THAT WILL NOT DIE!!!!!!

As Chuck Sheppard reports, N.Y. artist Sally Davies has been photographing the same Happy Meal (TM) for over 5 months and it hasn’t aged at all.

Davies bought a McDonald’s Happy Meal in April, has photographed it daily, and has noted periodically the lack even of the slightest sign of decomposition. Her dog, who circled restlessly nearby for the first two days the vittles were out, since then has ignored it. (Several bloggers, and filmmaker Morgan Spurlock, have made discoveries similar to Davies’.) Food scientists “credited” a heavy use (though likely still within FDA guidelines) of the preservative sodium propionate but also the predominance of fat and lack of moisture and nutrients — all of which contribute to merely shrinking and hardening the burger and fries. [Daily Mail (London), 10-13-10; Salon.com, 9-1-10]

Since it can’t be killed by mold or fungi, then one must wonder what happens to it when it invades your digestive system? Does it just stay in your stomach, hanging around like Davey Jones’ anchor? Does it seep into your blood system, like a creeping creature from a horror film, turning you slowly into one of the undead? Do your intestines slowly calcify until you are rendered into an immobile bit of sludge?

Whatever effect it has, one can be sure that it isn’t good.

In the future, if you want to live a long, healthy, life and stop the spread of McZombieism, do what I do. Stick to beer and pizza. The former has life giving water and nutritious grains and the latter has a cornucopia of ingredients that are good for you.

As always, I’m here to help.