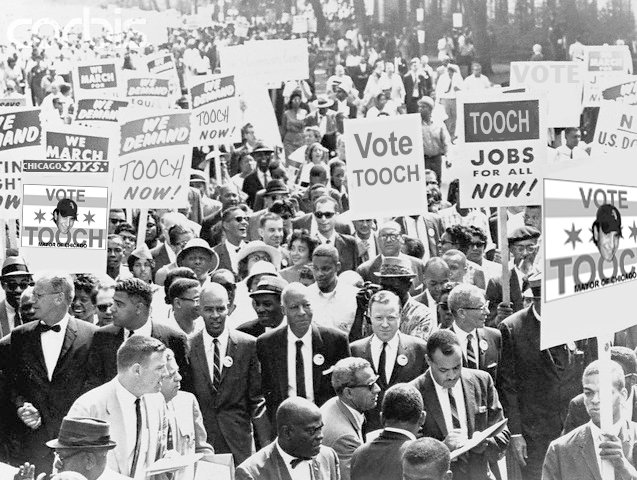 Adam Bertucci, a/k/a Tooch, has begun an independant campaign to be the Mayor of Chicago. Unlike many of the better known candidates, Tooch is a true man of the people. And, bonus, unlike many of the better known candidates, he’s willing to talk with us. So, if you’re really looking for a true choice in the upcoming mayoral elections, take a few minutes out of your busy day to find out what a real Chicagoan would do if he got elected.

NH: I have long advocated the idea that legalizing marijuana and prostitution, with all the necessary oversight and regulations, would be a great way to reduce stress on the prison system and generate new revenues for the city. What would you do about these issues?

Tooch: I am for the legalization of marijuana . To legalize and tax marijuana for revenue is a no-brainer. The facts are there. I agree that it would lessen the burden on our prison system and also ensure that real criminals, who commit violent crimes, are not released early due to overcrowding. As for prostitution, I believe that at the onset not too many people would want to move to or remain in Chicago if it were legal. Maybe Cicero or Rosemont can be the litmus test for that.

NH: Given the consistent lowering of the bar in our educational system, how would you get kids interested in learning again?

Tooch: By letting teachers have more freedom in our classrooms. Most of the time, the children of Chicago are studying for standardized testing. I believe this puts a cramp on our teachers style of teaching and also the kids’ ability to actually learn and not just absorb information.

NH: Part of your campaign seems to focus on stamping out stupidity. How do you propose to do that?

Tooch: Stamping it out is not a possibility. Reintroducing common sense is a reality. Let’s take one second and think before we say or do something that just does not make sense. In one second we can ask Who, What, or Why. For example: Our country is fed up with bullies of all kinds, yet the front runner in this election is Rahm Emanuel, a man who has made a career out if it. Common sense.

NH: What would you accomplish by making Chicago a sovereign state?

Tooch: This is a plan in the works. We have land to farm and raise livestock on. We have major sports teams that bring in revenue if they win or lose. We sell our water to other towns. We have what we need to be able to sustain ourselves without outside help. We can do away with the quagmire that is Springfield and do it ourselves.

NH: Your 34th campaign promise is to legalize food trucks. What is your favorite street food?

Tooch: I have no favorite. I love it all and I like to change it up.

Tooch: There are no viable candidates right now. Everyone is throwing their name in the hat, but they have not said what their plans are. They are doing “listening tours” so they can throw back the rhetoric that Chicagoans are saying to them. We here at Tooch for Mayor of Chicago want people to think about the candidates and learn about their backgrounds. It is a very important time in our history and this election is a turning point, not only for transparent government but also a new way of thinking.

Bringing in big business is not enough. They will create jobs for people already working for them. They will not move here and start with an all new staff. The people they transfer to here, will live in the suburbs and not Chicago.

Let’s get more police on the streets to fight crime. Let’s make our schools better. Let’s make Chicago a place not to just work, but to live in, because it is the greatest city in the world.