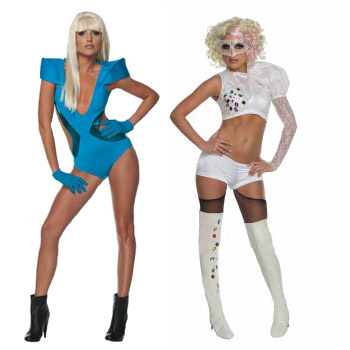 Huffington Post blogger Katla McGlynn posted an inspirational blog not long ago about which Halloween costumes have no business being “sexy”.   I couldn’t help but agree with most of these choices, and wanted to not only discuss the “sexy” Halloween costume phenomenon, but also contribute my own suggestions to both the good and bad costume lists.

When exactly did “sexy” Halloween costumes first creep into existence?  When did it become okay, as many in the past have asked, for women to use Halloween as an excuse to dress like skanks?  Now don’t get me wrong, I have absolutely abused this privilege in the past.  But now that I am bit older, I am starting to appreciate a lady that knows how to “cover it up”.  No offense, random local college girl, but I don’t want to see your midriff….or cleavage for that matter.

Regardless of when they first appeared or why, sexy Halloween costumes are all the rage.  They have morphed into a major marketing tool for spending money at Halloween – sort of the equivalent of “Black Friday” to Christmas.  It’s a necessary evil and Katla McGlynn really hit the nail on the head by identifying some extreme examples of sexy costumes gone wrong.

Alice in Wonderland is a popular costume option this Halloween, given the Tim Burton version of the film that was released not too long ago.  Fall down the rabbit hole in this cute rendition of Alice gone glam.

This costume is what I would call sexy.  You cannot see any ta-ta action, and her rear end and midriff are covered.  The leg that is exposed, and the cute knee-highs, add to the sexiness of this costume.  For additional coverage, purchase some black and white striped tights that cover the entire leg.  The Mad Hatter would be very proud.

This is what happens when Alice takes the “Eat Me” cookie too literally.

Nothing has been left to the imagination with this costume.  You can see her….everything.  And you and I both know damn well that the costumes never fit as well as they do online, which means your average female would have many more problems hiding it all.  This costume calls for the Red Queen – “Off with her head!”

Lady Gaga has taken the world by storm with her unique costumes and addicting songs.  As such, she is a fantastic option to replicate this Halloween.  But Lady Gaga has found herself on both sides of the sexy vs. skanky line, and I have found examples of both if you decide to go that route this Halloween.

Behold.  Examples of both your Hot and Not, from left to right.  I can see where this might be confusing, so let me explain.

The costume on the left is sexy because she is not playing a “Love Game” and is covering up many of her lady parts.  She is exposing enough of her body without getting caught up in a “Bad Romance”.  The blue spandex ensemble is covering not only the majority of her torso, but also her shoulders and tush.  The low v-neck, leg exposure and side cut-outs make this outfit the perfect combination of sexy, and will also make any wearer want to “Just Dance”.

The costume on the right, however, needs to call “Alejandro” asap, because it is in need of some serious rehab.  While to your casual viewer, it may appear that an even number of body parts are being covered, they are sorely mistaken.  No man would dare “Telephone” a woman looking like this.  She clearly “left her head and her heart on the dance floor” (okay, I’m done).

The key here is the midriff.  You cannot safely expose the midriff and multiple other body parts without being labeled something scandalous.  Pick one or the other.  Because this costume exposes midriff, full leg AND the right shoulder, you have a bonafide skank costume, and I would recommend looking elsewhere.  Lady Gaga’s meat dress is a better option than this.

Holy hell.  It’s time to go back to church.

Sexy Big Bird?  Cookie Monster?  Elmo?  No.  Just don’t.  And if you need me to explain, you have bigger problems than your Halloween costume.

Not only will you give everyone who sees you nightmares, you will destroy your own precious childhood memories and have to spend thousands on therapy.  Not worth it.

St. Pauli Girl beer has made this costume and other variations popular over the last few years.

It makes sense, though.  The majority of girls that leave the house in horrifically skanky Halloween costumes are looking for a mate to accompany them home at the end of the night, and what man doesn’t like beer?  99% of these dirty rendezvous’ occur in bars anyway, so there you go.

To save you some time in the man hunt, this sexy German beer girl costume is a great ice breaker.  Again, why is this sexy?  Because the right amount of skin is exposed.  Noticing a pattern?  You can’t see her chest or butt, but she is showing off her legs and shoulders.  Sexy, but not skanky.

Then you have this:

Yes, gentlemen, I am sure you would just LOVE to have your stein served to you by this.  But you would also then expect her to go home with you, am I wrong?

Ladies, no.  This is a big fat no.  Plus it’s completely unsanitary.  Once again, the midriff is the key here.  You cannot expose your middle and then other body parts.  It just opens up a whole beer can worth of problems.  Even applying some strategically placed lederhosen wouldn’t rescue this. As Heidi Klum would say, “Auf Wiedersehen”.

Hopefully my suggestions will offer some guidance on what not to do this Halloween.  As I stated earlier, there is a very fine line between sexy and skanky.  If you are out husband-hunting this Halloween, than lean towards the former.  Sexy will get you much farther.  If you have other dirty ideas in mind, well, just give my pal skanky German Beer Girl a call.  I hear she can put her legs behind her head.