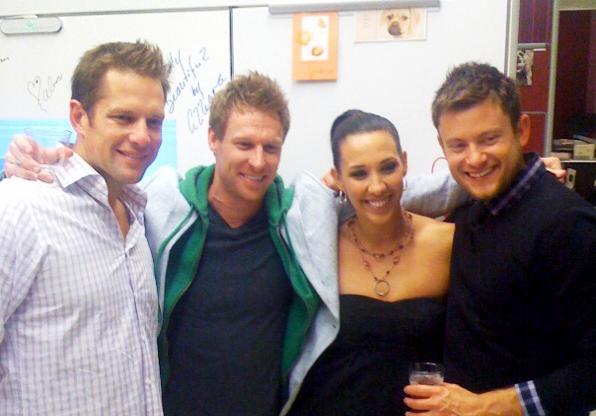 I couldn’t resist btw… I threw my arms around Chris Lambton (far left) and told him he was my favorite. We all got a good laugh out of it :)! The boys were all so much fun & even took time to get few photos with me.

Frank Neuschaefer, on the far left, of Geneva, IL is hoping to use his recent notoriety as a finalist on ABC’s “The Bachelorette” to help him launch a student organization that addresses issues such as teen depression, suicide and bullying.

Stop back for more photos and updates from The Aparecio Foundation: Diamonds in the Rough Charity Event later this week..