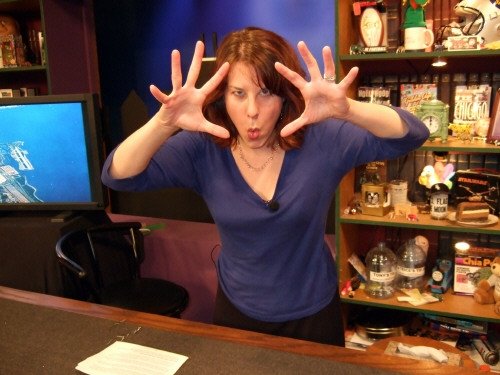 In what is possibly the most astounding revelation since last week — or at least since that poor guy in Florida unwittingly purchased an actual human skeleton as a Halloween decoration — Nude Hippo “ringmaster” Tony Lossano has unleashed World News Center upon the unsuspecting population of earth with a new website.

The website launch precedes its celebrated return to TV, both reportedly part of a master plan of global domination. “I don’t want to scare anyone,” Hippo’s Ashley Lobo allegedly said, “but I think we may actually be the most popular show on the planet.”  Undeterred by actual facts, Nude Hippo’s World News Center is poised to ride this wave of hysteria until the bitter end, or at least until someone takes this website away.

In the meantime, I urge all humans to become a part of the Hippo phenomenon. Poor Keanu will be even sadder if you don’t.

Until then, enjoy some pictures of these adorable puppies.