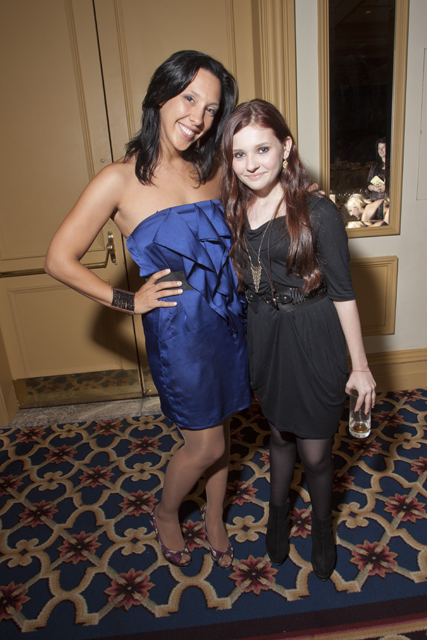 Well… at least she danced to the Rick James classic, “Super Freak” in her starring role of Olive in the hit movie Little Miss Sunshine; which earned the young actress Abigail Breslin an Oscar nomination. Breslin was the honorary emcee of TOQUE — An evening with Chicago’s Culinary Masters.  This was the 5th Annual Event to Benefit Children’s Oncology Services, Inc.

I got to interview the 14 year old star, and she was wonderful. She was more articulate than I was when I was her age….. let me think, when I was 14 I was chasin’ boys, and definitely not thinking about MC’ing any events with 350 people in attendance– like this one! Breslin got up in front of the crowd like it was another day at work. She spoke with ease in front of all the charitable attendees.

We got to experience the culinary delights from the city’s highly-acclaimed chefs at TOQUE,  and I even got to to meet and talk to several of the chefs.

Abigail told me about her upcoming animated film called Rango. She lent her voice to the film, and said it was so much fun! The animated film is about a chameleon that aspires to be a swashbuckling hero finding himself in a Western town plagued by bandits. Looks like a fun movie to be released in March of 2011.